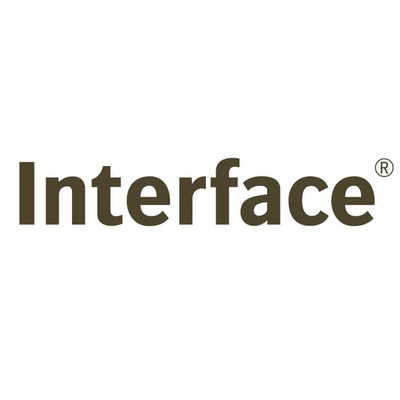 "We delivered another solid quarter consistent with our expectations and in line with full year commitments. Organic order growth increased 6.5% versus last year driven equally by our core carpet tile and our new LVT product lines," said , CEO of Interface. "Despite input cost inflation, our gross margin was solid because of strong productivity initiatives. And, our operating margin increased to 12% as we held SG&A to 26.3% of sales. Our value creation strategy is yielding the expected results."

Sales: On a GAAP basis, third quarter net sales were , up 3.7% over the prior year period on broad-based growth, with all regions showing improvement during the quarter.

Organic order growth, which adjusts for the impact of foreign currency fluctuations and exiting the FLOR specialty retail stores, was up 6.5% year over year. Both the core carpet tile business and the new LVT modular resilient flooring business contributed relatively evenly to organic order growth.

Gross margin was 38.3% for the third quarter, an increase of 90 basis points over the prior year period. This increase is a result of productivity enhancements delivering margin expansion greater than the negative margin impact of exiting the FLOR specialty retail stores.

The Company continues to effectively manage expenses with third quarter SG&A of , or 26.3% of sales, compared to , or 27.0% of sales, in the third quarter of 2016. This improvement as a percent of sales is due to enhanced spending discipline, as well as repurposing SG&A from the exited FLOR specialty retail stores to the core carpet tile business and recently launched LVT business.

Sales:  On a GAAP basis, for the first nine months of 2017, net sales were , up 1.5% compared with during the same period last year. Organic sales, which adjusts for the impact of foreign currency fluctuations and exiting the FLOR specialty retail stores, grew 3.0% over the same period.

The Company will host a conference call tomorrow morning, October 26, 2017, at 9:00 a.m. Eastern Time, to discuss its third quarter 2017 results. The conference call will be simultaneously broadcast live over the Internet.

Listeners may access the conference call live over the Internet at the following address: https://edge.media-server.com/m6/p/grv67m89 or through the Company's website at:
http://www.interfaceglobal.com/Investor-Relations.aspx. The archived version of the webcast will be available at these sites for one year beginning approximately one hour after the call ends.

About Interface
is the world's largest manufacturer of modular carpet, and recently expanded into modular resilient flooring with a new luxury vinyl tile line. Our hard and soft tiles are designed to work together in an integrated flooring system. We are committed to sustainability and minimizing our impact on the environment while enhancing shareholder value. Our mission, Climate Take Back™, focuses on driving positive impacts in the world to create a climate fit for life. For additional information: interface.com and blog.interface.com. Follow Interface on Twitter, , , , LinkedIn, Instagram, and Vimeo.

Except for historical information contained herein, the other matters set forth in this news release are forward‑looking statements. The forward-looking statements set forth above involve a number of risks and uncertainties that could cause actual results to differ materially from any such statement, including risks and uncertainties associated with economic conditions in the commercial interiors industry as well as the risks and uncertainties discussed under the heading "Risk Factors" included in Item 1A of the Company's Annual Report on Form 10-K for the fiscal year ended , which discussion is incorporated herein by this reference, including, but not limited to, the discussion of specific risks and uncertainties under the headings "Sales of our principal products have been and may continue to be affected by adverse economic cycles in the renovation and construction of commercial and institutional buildings," "We compete with a large number of manufacturers in the highly competitive floorcovering products market, and some of these competitors have greater financial resources than we do," "Our success depends significantly upon the efforts, abilities and continued service of our senior management executives and our principal design consultant, and our loss of any of them could affect us adversely," "Our substantial international operations are subject to various political, economic and other uncertainties that could adversely affect our business results, including by restrictive taxation or other government regulation and by foreign currency fluctuations," "Concerns regarding the European sovereign debt crisis and market perceptions about the instability of the euro, the potential re-introduction of individual currencies within the Eurozone, the potential dissolution of the euro entirely, or the exiting the , could adversely affect our business, results of operations or financial condition," "Large increases in the cost of petroleum-based raw materials could adversely affect us if we are unable to pass these cost increases through to our customers," "Unanticipated termination or interruption of any of our arrangements with our primary third party suppliers of synthetic fiber could have a material adverse effect on us," "We have a significant amount of indebtedness, which could have important negative consequences to us," "The market price of our common stock has been volatile and the value of your investment may decline," "Our earnings in a future period could be adversely affected by non-cash adjustments to goodwill, if a future test of goodwill assets indicates a material impairment of those assets," "Our business operations could suffer significant losses from natural disasters, catastrophes, fire or other unexpected events," and "Our Rights Agreement could discourage tender offers or other transactions for our stock that could result in shareholders receiving a premium over the market price for our stock." Any forward-looking statements are made pursuant to the Private Securities Litigation Reform Act of 1995 and, as such, speak only as of the date made.  The Company assumes no responsibility to update or revise forward-looking statements made in this press release and cautions readers not to place undue reliance on any such forward-looking statements.

The Company believes that the above non-GAAP performance measures, which management uses in managing and evaluating the Company's business, may provide users of the Company's financial information with additional meaningful bases for comparing the Company's current results and results in a prior period, as these measures reflect factors that are unique to one period relative to the comparable period.  However, these non‑GAAP performance measures should be viewed in addition to, and not as an alternative for, the Company's reported results under accounting principles generally accepted in the United States.  Tax effects identified above (when applicable) are calculated using the statutory tax rate for the jurisdictions in which the charge or income occurred.